Longitudinal image registration is commonly used to establish spatial correspondence between images when investigating temporal changes in brain morphology. Most image registration methods have been developed to align images that are similar in appearance or structure. If such similarity is not given (eg, in the case of neurodevelopmental studies, which is the target application of this paper),(i) local similarity measures,(ii) metamorphosis approaches, or (iii) methods modeling longitudinal intensity change can be used. Methods modeling longitudinal intensity change have the advantage of not treating images as independent static samples. However, missing or incomplete data can lead to poor model estimation and, in turn, poor registration. Therefore, incomplete longitudinal data sets are often excluded from analysis. Here, we propose a method to build a longitudinal atlas of intensity change and incorporate it as a prior into an existing model-based registration method. We show that using the prior can guide the deformable registration of longitudinal images of brain development with missing data and produce comparable registration results to complete data sets. 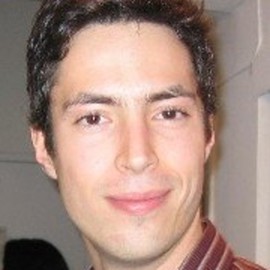