This paper develops a method for higher order parametric regression on diffeomorphisms for image regression. We present a principled way to define curves with nonzero acceleration and nonzero jerk. This work extends methods based on geodesics which have been developed during the last decade for computational anatomy in the large deformation diffeomorphic image analysis framework. In contrast to previously proposed methods to capture image changes over time, such as geodesic regression, the proposed method can capture more complex spatio-temporal deformations. We take a variational approach that is governed by an underlying energy formulation, which respects the nonflat geometry of diffeomorphisms. Such an approach of minimal energy curve estimation also provides a physical analogy to particle motion under a varying force field. This gives rise to the notion of the quadratic, the cubic and the piecewise cubic splines on the manifold of diffeomorphisms. The variational formulation of splines also allows for the use of temporal control points to control spline behavior. This necessitates the development of a shooting formulation for splines. The initial conditions of our proposed shooting polynomial paths in diffeomorphisms are analogous to the Euclidean polynomial coefficients. We experimentally demonstrate the effectiveness of using the parametric curves both for synthesizing polynomial paths and for regression of imaging data. The performance of the method is compared to geodesic regression. 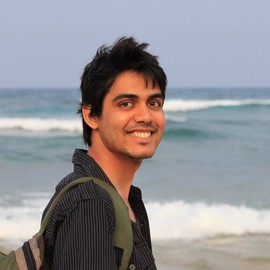